Port St. Lucie Blows Your Money then Steals More to Cover Their Butts 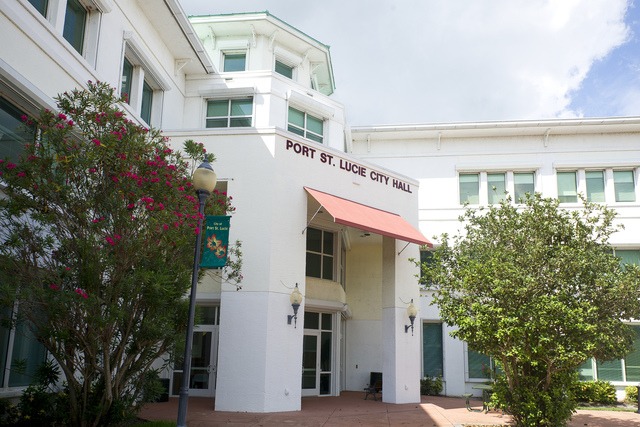 It is hard to imagine a more stupid or more dangerous way of making decisions than by putting those decisions in the hands of people who pay no price for being wrong.

Yet Port St. Lucie did just that. Rather than treating all people and all businesses equally politicians showered other peoples money on the companies politicians chose.

Almost a billion dollars of human resources wasted by PSL city officials and for nothing. But for them life goes on. And part of that life is taking more of your money.

The City Council on Monday voted 4-1 to increase the property-tax rate by 18 percent — from $5.62 to $6.62 per $1,000 of assessed property value — to cover the costs of failed and faltering city projects, including City Center, Digital Domain, Torrey Pines Institute for Molecular Studies and the Vaccine & Gene Therapy Institute of Florida.

The city next year could explore avenues to reduce the tax rate, but it must be raised now to stop the city’s deficit spending and reduce its $916 million debt, Councilwoman Shannon Martin said Monday.

Martin was a dull as ever.

“We’re finally at a position that a majority of us has recognized that we have to rip this bandage off once and for all. … We need to address (the debt); we need to deal with it this year,” Martin said.

Who the hell is the “majority of us?” Probably the gang of crooks in City Hall that pledged almost a billion dollars of their neighbors property without their neighbors consent.

And who is this “we” Martin speaks of? I didn’t pledge to take out those loans. I sign a contract to be responsible for the loans taken out.

You probably didn’t either. Yet these gangsters did so on your behalf of course. They know better than you how to spend your money. So they graciously assigned contracts to you and your property for your own good.

The situation is PSL is just out of control. Even the local paper misses the point.

Port St. Lucie last year spent $3.6 million more that it brought in. Without the tax increase, the deficit would balloon to nearly $8 million, city officials have said.

What money did the city bring in? They didn’t bring in a cent. They took money at gunpoint. From charging you to sell your own goods in your garage to the countless other permits, fees and taxes they impose on you brought in under the threat of law enforcement backing up the political edicts with more guns, weapons and force than you have in actions that if you did yourself would result in you being shunned from acceptable society.

Thankfully some PSL residents lashed out.

Close to two dozen residents passionately spoke out against the hike — some citing concerns they may have to hunt for a home outside of the once affordable city.

“Who can afford this kind of tax rate in Port St. Lucie? Not me,” resident Michael Harrison said. “I know people who are afraid they are going to be taxed out of their home.”

The worst part about the budget is rather than reducing regulations, forms, procedures and ways city officials skim off the top of your productive efforts they are employing more people to help skim off the top.

The budget also includes the addition of approximately eight full-time employees to the Building Department and Utility Systems because of an increased workload due to a growing population, documents show.

The “workload” is nothing more than finding ways to forcibly take your property as you ask them for permission to produce something on their turf which is everything within city limits.

Take a look at city hall and find the real lowlifes on the Treasure Coast. 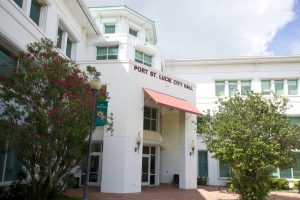