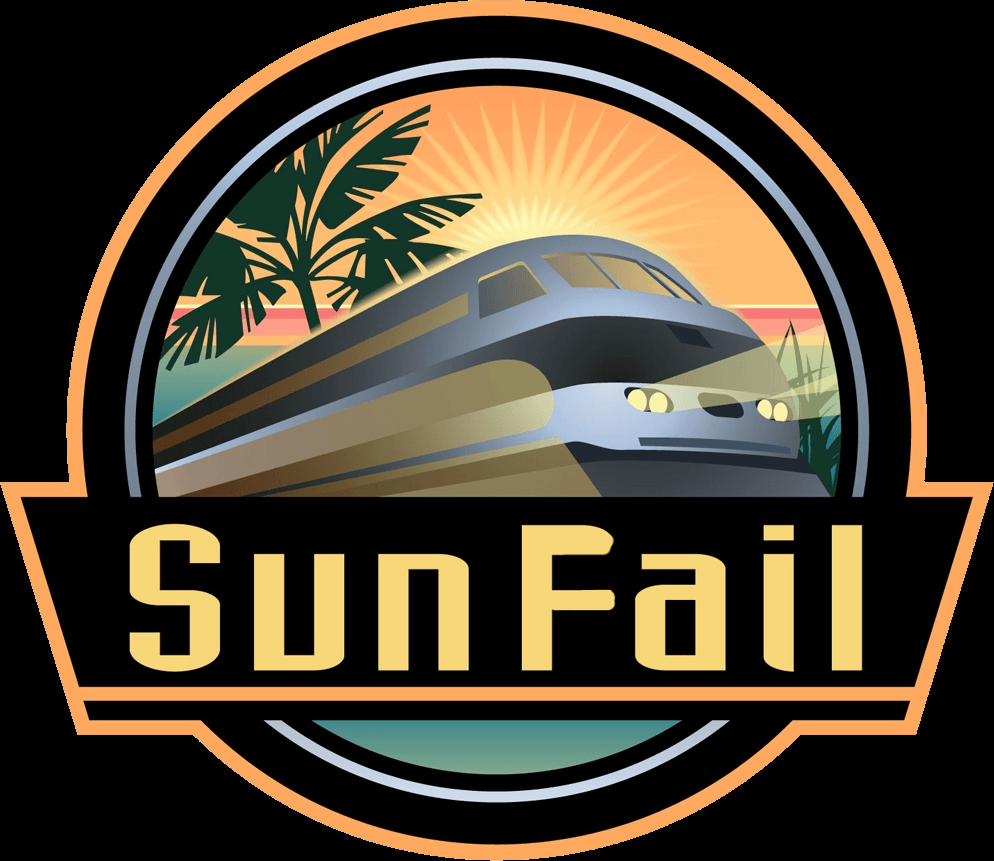 The state of Florida is well known for many things: beautiful beaches, outrageous headlines, and being the setting for the wacky antics of the Golden Girls. In Florida’s fascinating history, perhaps no figure stands taller than the great Walt Disney, who transformed unwanted swampland into Disney World, forever changing central Florida from swamp and farmland into one of the premier vacation destination in the world. Disney’s example is an incredible demonstration of what a man can accomplish with vision, work-ethic, and a strong entrepreneurial spirit.

Unfortunately too many politicians have all sorts of great visions, but think government power is a fine substitute for the other personal qualities Disney possessed. Just like mosquitos, sinkholes, and under-performing sports franchises, Florida has too many such politicians for its own good.

A great example is SunRail, a train so bad that it actually loses money issuing tickets.

The story begins decades ago, when the idea of a train connecting Orlando to cities like Tampa and Miami was dreamt by government officials throughout the state. Be it bureaucrats in Tallahassee or politicians at a Federal, state, or local level, countless state workers wished upon a star for their own version of a Disney World monorail to play with.

In 2000, Florida politicians were able to convince enough voters that someone else would pay for the train, securing a Constitutional amendment requiring the construction of a high-speed rail line connecting Florida’s largest cities. As more details emerged on the projects costs however, voters repealed the amendment in 2004.

The dream didn’t have to sit dormant for long though as county officials in Orange, Volusia, Osceola and Seminole Counties joined forces with then-Governor Charlie Crist to move forward with a less ambitious project, a simple commuter train connecting the largest towns that make up metro Orlando.

The project gained further traction thanks to the Obama Administration’s stimulus package, which included $750 million dollars for new rail projects. While Crist’s successor, Rick Scott, vetoed a new legislative imitative aimed at taking stimulus dollars for high-speed rail, he signed off on SunRail.

SunRail began construction in 2012 and became open to the public in 2014. Unfortunately the train’s performance has been as predictable as the ending to an episode of Phineas and Ferb.

After the train’s first year, the SunRail was 27 million dollars in the red, taking in just $7.2 million. Of course it’s not unusual for long-term projects to lose money in year one. Unfortunately for SunRail even its “new train smell” novelty factor wasn’t enough to bring in the passengers the government expected, with a daily ridership of less than 3,700 (600 shy of projected estimates.)

Things didn’t get better in 2016, as ridership continued to drop in the face of low gas prices. Meanwhile the project has been plagued by technical issues, and loss of Federal funding for some of its expansion plans.