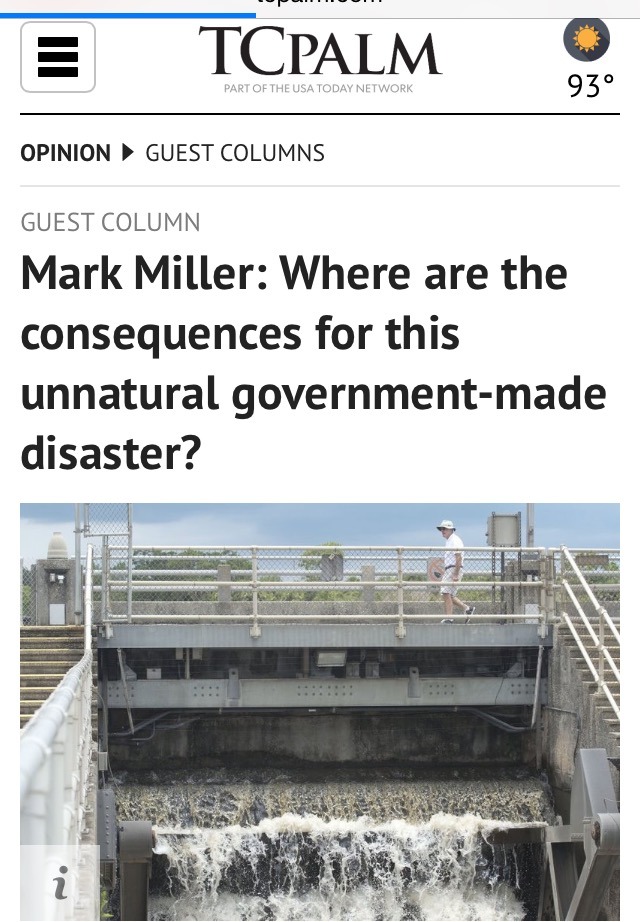 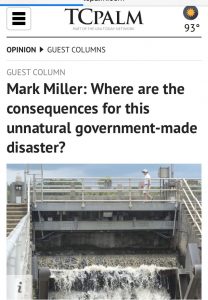 Today, the Stuart News—Florida’s paper of record when it comes to the St. Lucie River—published my op-ed on the destruction the U.S. Army Corps of Engineers visits upon this river each day when the Corps discharges polluted waters into the St. Lucie River via the C-44 canal. You may think you don’t know this story if you live outside of South Florida, but likely you have heard about it. The story has appeared all over the national news, including on CNN, NBC, CBS, and Fox. I’ve had friends from all over the country mention they saw my beloved Treasure Coast on the news this past month or so, and not for good reasons.

In my piece for the paper on this debacle, I highlight that the Corps has no Clean Water Act (NPDES) permit to allow for this pollution, and that no exemption from the Act’s permit requirement applies. Instead, the EPA wrote a rule, known as the “water transfer rule,” that the feds claim allows for them to take polluted water from Lake Okeechobee, move it through a man-made canal 24 miles across the state where it becomes further polluted, and then discharge that toxic stew into the St. Lucie River.

In a recent decision now on appeal to the Second Circuit, Judge Karas of the U.S. District Court for the Southern District of New York explained why the EPA’s so-called water transfer rule violates the U.S. Supreme Court’s decision in Rapanos v. United States, noting that this rule expands the EPA and Corps’ jurisdiction beyond waters of the United States to simply “water.” The Corps and EPA may wish that they could control every drop of water in the country, but the Commerce Clause says otherwise. The agencies simply cannot legally do what they are doing, yet they continue to do it, anyway.

Judge Karas has it right, and the EPA and Corps have it wrong. Simply put, the Corps’ discharges into the St. Lucie River rest on the unconstitutional EPA water transfer rule; therefore, these non-permitted discharges violate the Clean Water Act.